Mark observed gravesites that were obviously once well maintained, possibly a generation prior, that were no longer being nurtured.  Their once well-manicured foliage now covering gravestones of family members that have long since been gone.

He also noted that some of the forgotten headstones, which would’ve been in pristine condition at the time they were placed, were no longer standing upright.  Even though those leaning headstones needed some attention, for their stature, as well as, their mold and moss covered exteriors, they still fared better than the ones that were broken and lying on the ground.

Mark was disturbed by the poor condition the historical artifacts were in and decided to take action. After being trained in the art of headstone cleaning and repair, as well as, monument leveling and preservation, he set out to use his conservation and preservation techniques on his own ancestor’s memorials. Gravestone Transformations was born after Mark’s conservation efforts to preserve his family’s monuments were a success.

Genealogy has been a passion of Mark’s and building a business around it felt like a natural step for him to make.  He feels preserving the memorials of our ancestors is the best way for us to pass on our ancestral lineage to future generations.  “When our ancestor’s passed away, they were respected with a burial and a headstone.  They’re the reason we’re here, so we need to continue that respect for them by preserving their memorials.”

He realizes we all have the best of intentions when it comes to maintaining our ancestor’s resting place.  He also realizes that life has an uncanny way of getting out of control.  That’s one reason why he feels his business of caring for an ancestor’s final resting place has been so much in demand.

He also feels the increase in business has been due to others learning about their own family heritage through genealogy research.  “The generations who are researching about their forefather’s and finding out details about their lives are interested in ways to preserve that historical information for upcoming generations.”

When Mark started Gravestone Transformations, his goal was to care for other’s ancestral headstones in the same way he does his own lineage.  That goal hasn’t changed.

Gravestone Transformations takes great care to preserve gravestones so they can remain the historical artifacts they are for years to come.   Cleaning techniques are used so that there isn’t any harm to the monuments, the surrounding foliage or the environment.  They painstakingly eliminate the elements that can trap moisture on stones, such as, algae, fungi, lichen and mold.  “Organic materials can not only trap moisture, but can also dissolve concrete, limestone, marble and sandstone with their acid secretions, so it’s important to carefully remove those elements off of monuments.”

Before Mark begins any cleaning process, he performs an assessment of the gravestone, its base, and the surrounding environment.  “If a stone or its base show signs of deterioration, cleaning it could do it more harm.

That’s why when Gravestone Transformations takes on conservation and preservation efforts for headstones they use the highest quality techniques for leaning and broken memorials.  “Each gravestone is historically significant so every effort must be used to preserve the stone’s original integrity.”

Over the centuries, various types of stone have been used in gravestone manufacturing.  Because of the variety of materials used, there are preservation hurdles that make the conservation of each gravestone uniquely their own.  The conditions within the cemetery, as well as, the setting of the gravestone itself are also heavily considered when Gravestone Transformations makes its assessment for conservation and preservation.  “Unfortunately, there isn’t a simple fix for every type of stone or every condition a gravestone is in.  That’s why it’s important to evaluate every gravestone a client requests to be cleaned or repaired.  Assessing the stone and what environmental factors come into play are a big part of any service we provide.”

Is your ancestral lineage in central or southern Ohio?  Do you know the condition of their headstones, monuments or statues? 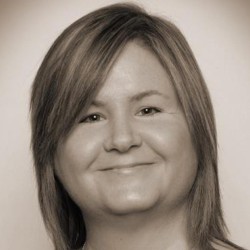 Latest posts by My Faithful Assistant (see all)